On June 11 and 12, more than 170 representatives of the peoples of the North took part in the International Ethnic Festival “Soul of the Tundra” in Salekhard and Gornoknyazevsk. Nenets, Khanty, Selkup and Komi people participated in the event as the keepers of traditions and national culture of the indigenous peoples of Yamal-Nenets autonomous okrug.

– Art Feast of the People of the North;

In the folk art competition, individual artists and creative teams of Yamal performed in different categories: authentic folklore, stylized folklore, stage adaptation of national fairy tales and rituals in the languages of the indigenous peoples of the North. Fourteen female representatives of Nenets, Khanty and Komi people proved their skills in the 2022 “Yamal Craftswoman” competition. The participants presented their traditional handicraft bags. Alyona Serotetto from Yar-Sale won the competition; Susanna Balandina from Salekhard entered the top three.

Fourteen creative teams from Priuralsky, Krasnoselkupsky, Yamalsky and Shuryshkarsky districts, the cities of Nadym, Labytnangi and Salekhard presented a variety of programs in the “Stage Adaptation of a National Fairy Tale” and “Dramatized National Rite” nominations.

The Komi folklore group “Obdoryanka” from Salekhard with a stage performance of the history of the “Trinity” day in the Komi language was highly appreciated.

The first place in the “Authentic Folklore (solo)” category was awarded to Terk Serotetto from Yar-Sale. Vyacheslav Vanuito from Yar-Sale, an expert on the Nenets language and traditions, was also highly appreciated by the jury.

On June 11, 2022, participants of the Ethnic Festival walked along the main street of Salekhard. The staged procession told an ancient legend about the spirits of water, fire and the wise great Shaman.

On June 12, on the Day of Russia, the Nature and Ethnographic Center in the settlement of Gornoknyazevsk hosted the Art Feast of the People of the North.

The Art Feast program included master classes, performances of the Art Feast participants and authentic artists representing Nenets, Khanty, Selkup and Komi people, a fair with products of arts and crafts, a festive trade in souvenirs, a degustation of the national cuisine of the peoples of the North.

Special guests of the Art Feast, members of the “Talomerkit” folk group Aina Yakkola and Irina Demidova presented traditions of the Ingrian Finns in dances and songs.

According to the results of the 2022 International Ethnic Festival, three female participants were recognized as the best “Yamal Craftswomen” (Alena Serotetto from Yamalsky district; Irina Nerkagy from Priuralsky district; Susanna Balandina from Salekhard).

The Grand Prix of the 2022 International Ethnic Festival “Soul of the Tundra” was awarded to Galina Artanzeeva from Shuryshkarsky district.

The main objectives of the International Ethnic Festival “Soul of the Tundra” are:

Totally, 2,500 people visited the sites of the 2022 International Ethnic Festival “Soul of the Tundra”. 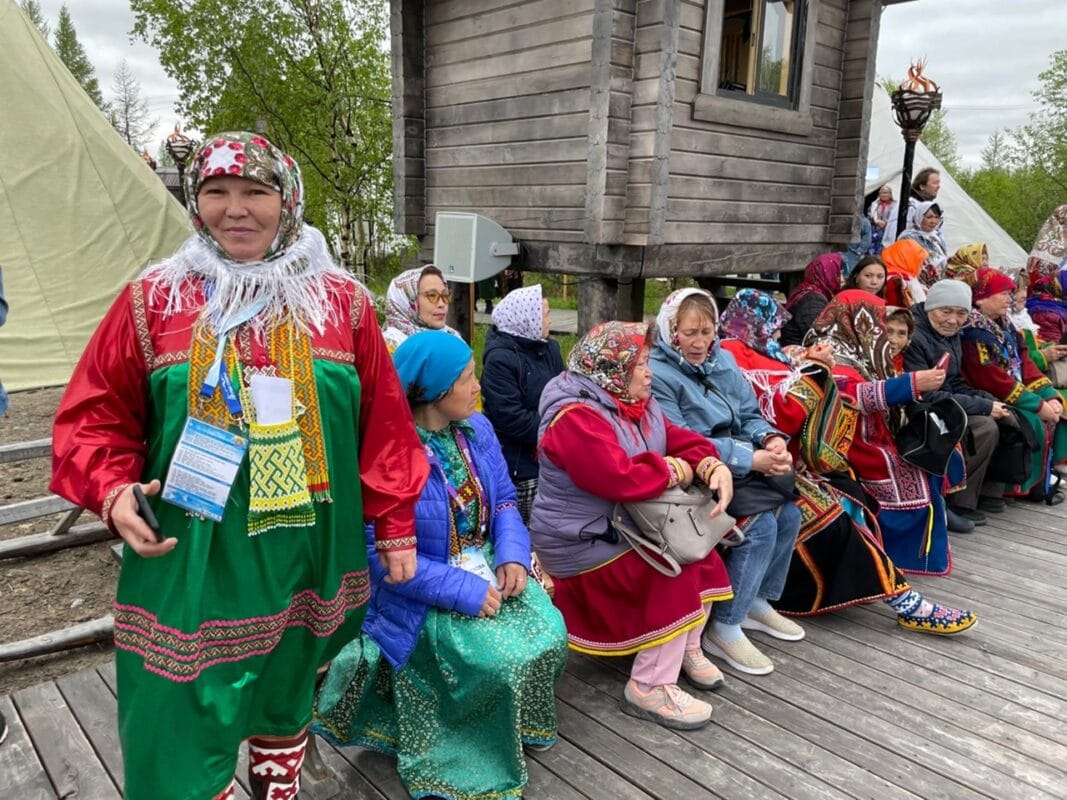